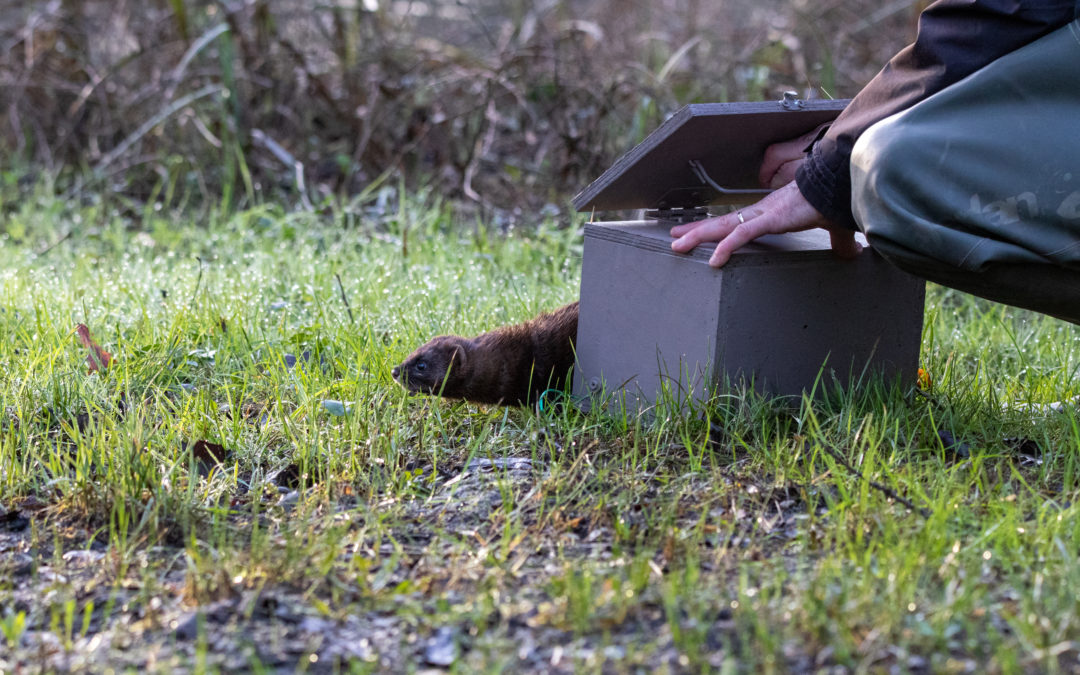 3
MARCH 2020
2020 has started off well! Two European mink, already known to LIFE VISON teams, were able to be equipped with a radio tracking transmitter. The objective? Follow these individuals in order to locate their daily resting places and their hunting sites.

« Popeye » and « Badu », the first European minks of the LIFE VISON followed by radio tracking

The capture campaigns launched in January and February in the two identified population sectors, allowed the recapture of four male mink already marked.

Two of them, in particularly good condition, were chosen to be equipped with a transmitter: the mink Popeye (marked in March 2019) in the Rochefort marshes, and the mink Badu (marked in November 2018) on the Charente valley upstream of Angoulême. The data collected by telemetry will make it possible to know the size of their home ranges, to precisely characterize the daytime roosts used for their rest, but also to map the environments exploited during the hunting phases thanks to night activity monitoring.

The daily monitoring undertaken for several weeks shows that Popeye and Badu are very active during this rutting period, and regularly travel great distances, giving our teams a hard time. For example, Badu, whose home range already extends for almost 25 km along the Charente river, covers it entirely in 2 to 3 days, with some stages of ten kilometers between two consecutive lodgings. These initial data confirm the need to protect and secure large areas for the benefit of the species. 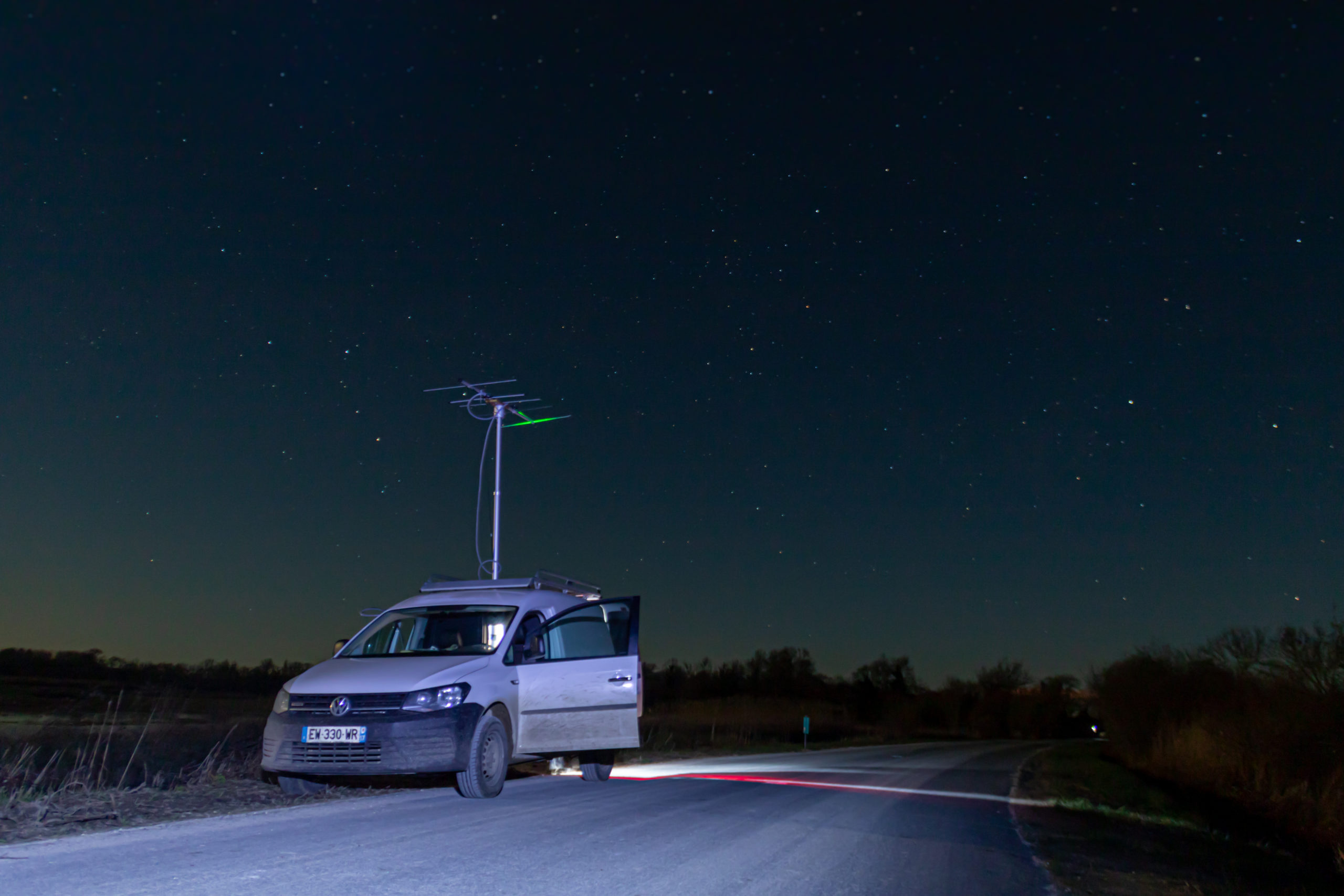