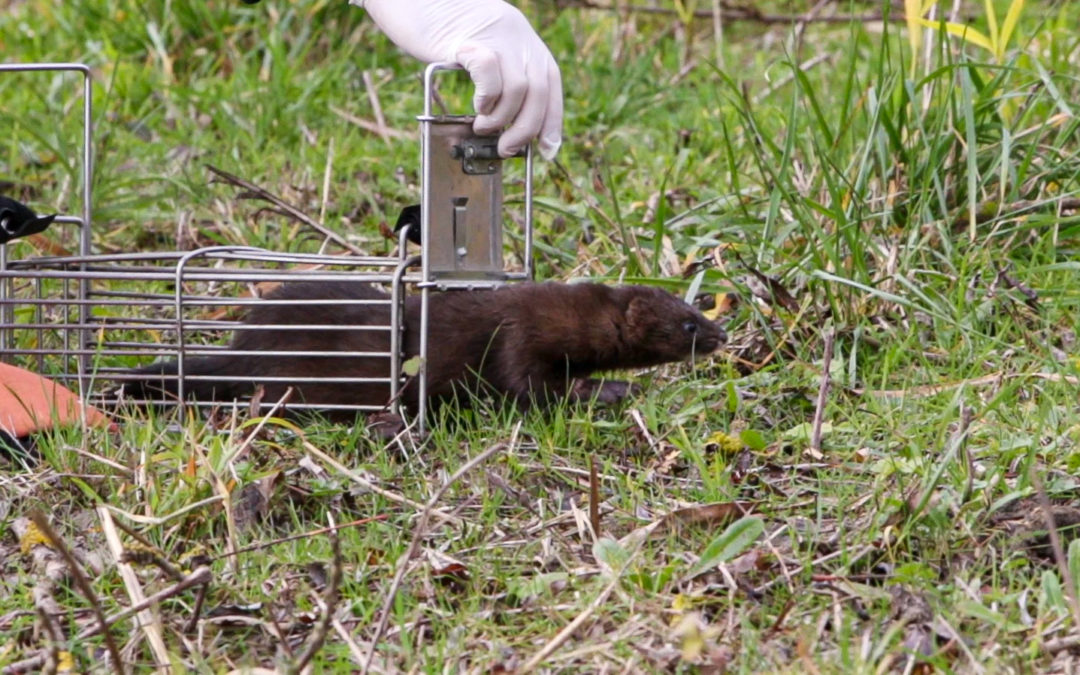 23
DECEMBER 2019
Despite the bad weather in November and December which forced LIFE teams to cancel more than half of the planned catch campaigns, two european minks, including one marked during the spring, were caught in the Rochefort marshes.

The European Mink Tim still present in the marshes …

Among the European minks captured and marked in March 2019 in the Rochefort marshes, the Mink named Tim presented a fairly average general condition. It is therefore with pleasure that the LIFE VISON program teams captured it again 8 months later on the same territory and in great conditions this time.

… And a new mink identified!

Friday, December 13, proved to be lucky for the program teams. A beautiful unmarked male weighing 850g, called Zen, was caught, bringing the number of marked mink in the marshes to 10.

In the Charente valley upstream of Angoulême, trapping campaigns could not be carried out due to the high floods. On this territory where the presence of the species has been detected over almost 35 km, a total of 2 individuals have been microchipped since the start of the project. However, genetic analyzes of the hairs collected in the footprint tunnels also identified at least 3 other different individuals.