New data thanks to radio-tracking campaings! 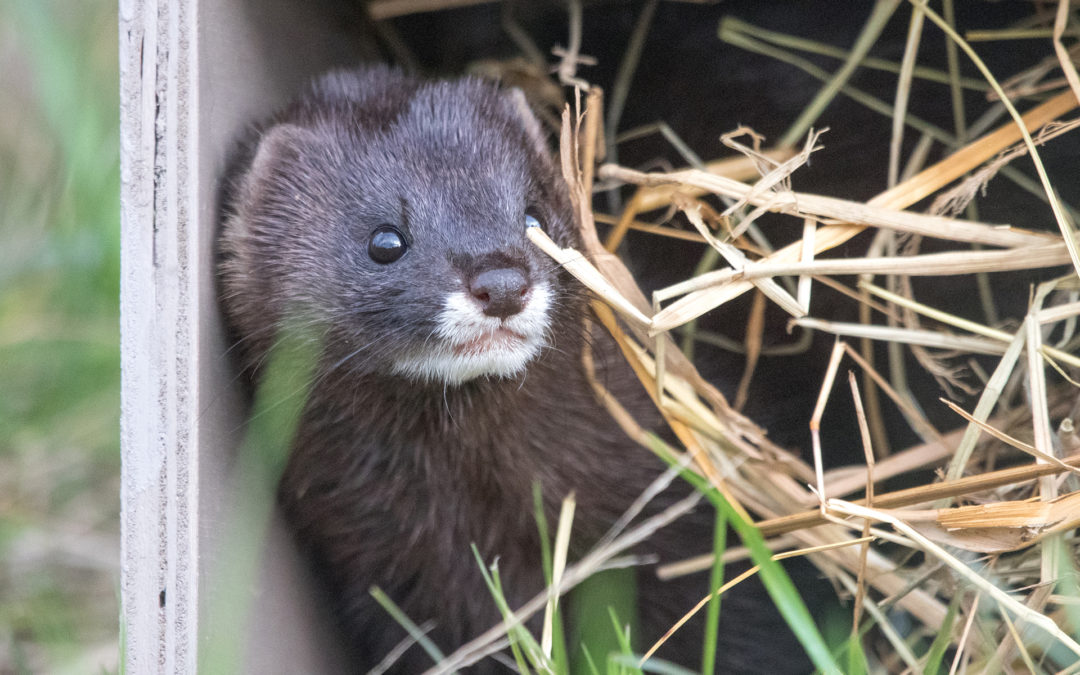 Since October 2020, four European mink are monitored by radio-tracking. These trackings aim to collect additional data on the ecology of the species: size and location of home ranges, spatial and temporal mobility, types of daytime roosts used according to the seasons, and for females, behavior during gestation and at the time of calving. The data collected to date are already rich in information.

Since this autumn, adult females, Mellea on the Charente upstream of Angoulême, and Naïa in the Rochefort marshes remain confined to their home ranges of 2 to 3 linear kilometers, and do not seem to have been disturbed either by the historic floods of February, or by the beginning of the rutting period which marks the new breeding season. Monitoring in the coming weeks will be crucial to try to characterize the calving sites and their possible peculiarities compared to the daytime roosts located daily.

The adult male Tim is a fairly routine mink

The adult male Tim, well known to the teams by his numerous captures (13 in total), exploits to date nearly 600 ha of marsh on about 2.5 x 2.5 km, against nearly 1000 ha for his neighbor Popeye followed last spring (lettre info n°2). However, the rutting season may cause him to become more active in the next few days during his wanderings. 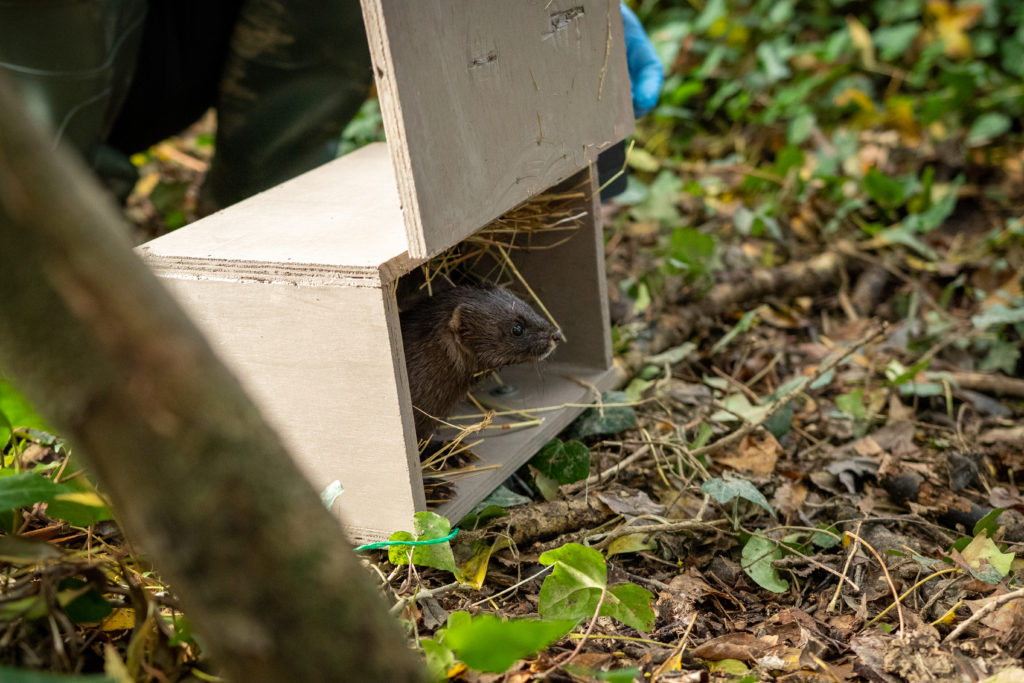 The young male Gwenn, who was in the dispersal period at the time of his capture, shows a particularly vagabond spirit, since he has explored more than 120 km of waterways, visiting in turn not only the Charente between Vars and Mansle but also its tributaries the Auge, the Aume, the Bief and the Bonnieure as far as Chasseneuil-sur-Bonnieure, some of them as far as the head of the catchment area as on the Sauvage, tributary of the Auge.

These unpublished data, on tributaries without any known data on the species, show once again the great capacity of movement of the individuals, already noted during the monitoring of Badu(lettre info n°2), and the absolute necessity to take into account very large territories for the implementation of conservation measures. 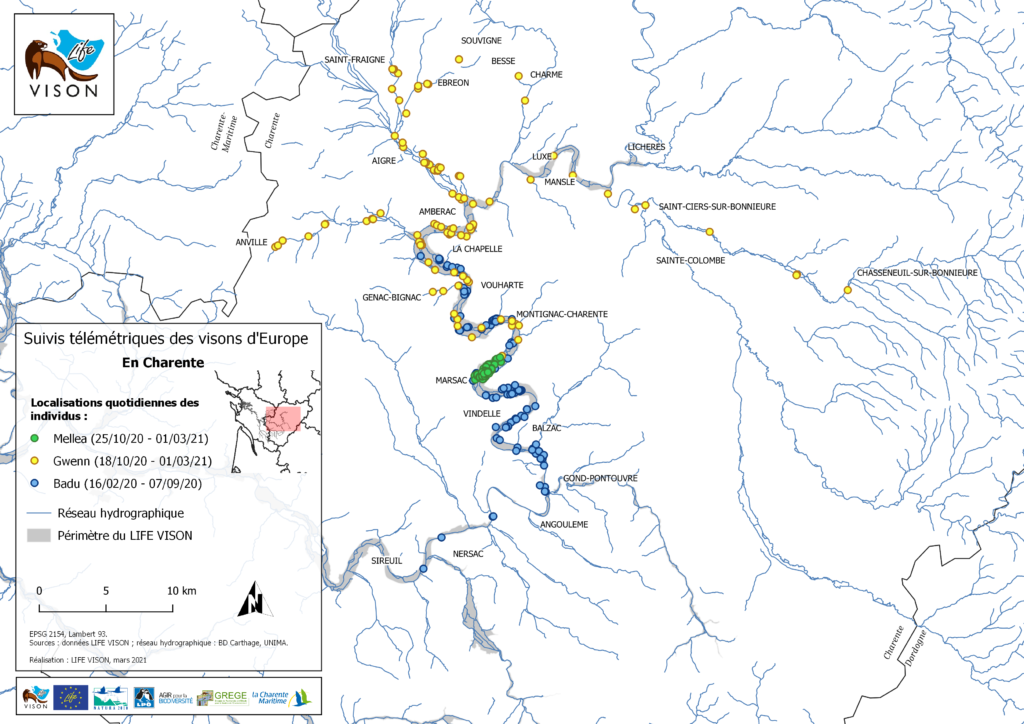